Congratulations to Steve D. who came in under the wire with a fully correct submission. As he was the only one to submit correct solutions to all four riddles, he's the winner!!
The hunts start here!
I'll give you a head start this time. All four locations can be found by starting here.
You must begin here in order to find the right solutions. Solutions are screenshots of specific places found via the "street view" via this starting point. 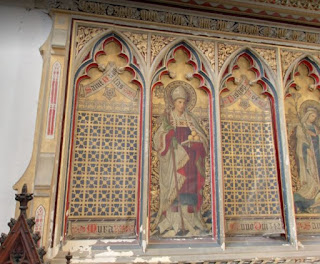 Myra, Mura on the wall.
Behind a chair he stands so tall.
Once he brought some gifts of gold.
But now you’ll get what he holds.


Starting location is here.
Final location is here.
Myra and Mura are the same thing, just alternate spellings. Saint Nicholas was the Bishop of Myra (or Mura). If you celebrate Christmas and receive an orange in your stocking, the tradition comes from Saint Nicholas and his propensity for gift giving that involved gold (the orange represents the gold). Once you found the right street view location, you would find his image which stands behind a chair (top of the chair is shown in the lower left of this screenshot).
Location #2 - Release Date 04/11/2020

The check is in the mail, postmarked 1993.
Head over to the busted room with lots of names to see.
Look closely at every one and study without fail.
Soon you’ll find what you seek is just an Erben tale. 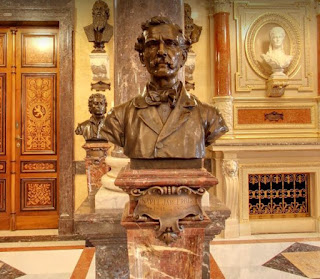 Starting location is here.
Final location is here.
This one was pretty easy! A LOT of people got this one. Not much explanation needed. The check is the Czech Republic, which peacefully came into existence in 1993 when Czechoslovakia divided into the Czech Republic and Slovakia. Find the National Museum and once you're inside there aren't many places to go. Hang a left and find the room full of busts. Search around until you find Erben.

Location #3 - Release Date 04/18/2020
You can't see his face, though he’s not wearing a mask.
Driving the boat backwards is your first boring task.
Walk to the brothers as you’ve been told.
And soon a dead end will become a cross road.
Hint: The way 2020 has been going, I feel like I'm crossing the bridge of sighs. So maybe we should take a deep breath and look at the riddles again.
Starting location is here.
Final location is here. 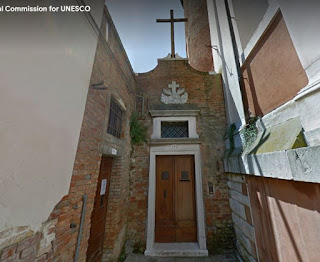 This one was more difficult than I imagined. Only a few people got it. The hint included the "bridge of sighs" which would lead you to Venice, so you'd just have to find the Venice street view from the main starting point in the instructions. An interesting quirk in this one is that if you "jump off" the boat once you enter the street view, you'd basically be at your destination.
Walk to the brothers = Calle dei Fratti, which is a "street" in Venice. The end of this street is a dead end, which has a cross at the top - a cross road.

Coco might guide you in this, your final quest.
The state that you’re in might lead you to rest.
Is this a city? or a park? Or? Do some inspection.
Soon you may find the Chapel of the Resurrection.
Hint: September 15 is more important than May 5.
Starting location is here. 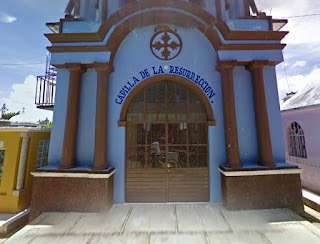 Final location is here.
The hint points to Mexican Independence Day (September 15) being more important than Cinco de Mayo.
Coco is a reference to the animated movie (for which I placed an Amazon advertisement on the same page of my website). The movie was inspired by the Mexican holiday celebrating the Day of the Dead. This also points you to the street view of a Mexican cemetery. Wander a short distance (basically straight ahead and to the left) and you'll find the Chapel of the Resurrection.
*Google and Amazon are not sponsors nor are they in any way affiliated with this contest. Use of Google and Amazon does not imply endorsement.
Posted by MartinS at 17:23 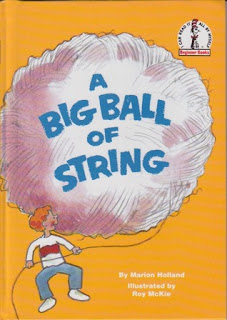 As a father, I've read quite a few books to my kids. One of my favorites was "A Big Ball of String" by Marion Holland. It was first published in 1958 but has been republished for many years since then. I still have a copy. It was an easy, rhyming read and a fun story about a boy who collected pieces of string, tied them together and did all sorts of clever things with the resulting big ball of string.


In "The Thrill of The Chase" chapter entitled "Gold and More" Forrest Fenn shares a story about collecting string when he was a child. A few things jumped out at me which, to my knowledge, haven't been discussed anywhere on the blogosphere. Maybe it was such an important tidbit, nobody ever discussed it. Of course, there's a lot of blogosphere out there, so I probably just missed it. Anyway...

In the preceding chapter, Forrest talks about his daughters Kelly and Zoe. Based on my rough calculations, "A Big Ball of String" would have been newly published while they were young.

So..my first ponderance. Could Forrest have read this book to his daughters? Could this book be the actual inspiration for the ball of string story in "The Thrill of the Chase"?

Here's the excerpt from "The Thrill of the Chase" which can be found on Forrest Fenn's website:

"Then I started collecting string, and no kind or color was immune to my desire for it, but most pieces were white. The best saving technique was to tie one end of the new piece of string onto the end of the last one. I knew all of the good tricks, and one was to tie only square knots so they wouldn’t slip. Soon I had a multi-colored ball that got larger and larger with each tie-on. I hoped to tie on at least three strings a day, and after a year or so the ball was so large it couldn’t go through my bedroom door. Then one afternoon when I walked home from school in the rain my string had disappeared. It just wasn’t there anymore. I tried to explain to my mother that since the ball couldn’t get out of my room it was somewhat difficult for anyone to steal it. She didn’t answer, but just kept nodding and looking out of the window. I think she was watching for the postman or something. Even to this day the mystery of what happened to my string ball remains one of the great unsolved crimes in my family."

My second ponderance comes from this line: "I knew all of the good tricks, and one was to tie only square knots so they wouldn’t slip." I'm no Boy Scout, but I know square knots are not the best knots in the world. Do a quick google search and you'll find phrases like:
So why would Forrest boast about his wisdom when it comes to tying knots in such a fashion? Presumably, he would know the truth about square knots. Was this one of those infamous "errors" (where errors = hints)?

My third ponderance is related to the second part of his story tells where he tells us that the ball of string disappeared and "remains one of the great unsolved crimes in my family."

Now let's "tie" it all together. Think back to his poem, specifically this line:

"If you’ve been wise and found the blaze"

One of my treasured souvenirs from the Chase is that time that I followed the poem to the best of my ability. I discovered a blaze (a cairn). I approached the blaze and, nestled inside, I found... a ball of string (weathered and aged, but still multi-colored). Did I solve one of the great unsolved crimes in his family? Perhaps more importantly, was I wise? I'd like to think so. ;)