The City of Children

My family and I just returned from Mazatlán (in the state of Sinaloa, Mexico) after a 10 day vacation to visit family (my wife is from Mexico). It's kind of funny how things line up in life. We had to spend the night in Dallas on our way back due to flight delays that resulted in a missed connection (thanks American Airlines!) so we had to take a taxi to the hotel. Our taxi driver was from Sudan. In 2004, he fled the instability and violence that resulted from the prolonged civil war. Thankfully, due to the research I did for my previous blog post, I was able to speak somewhat intelligently with him about where he came from and what he went through.  It was already my intention to do a post about our trip to Mazatlán (and specifically in regards to an orphanage there) so I found it curious that my "real life" had a similar transition as my blog posts. Anyway, on to the intended post....

Though not as well known as other more popular tourist destinations in Mexico, Mazatlán is known as "the Pearl of the Pacific". It's a beautiful place where tourism arrived as an after thought.

First founded in 1531 by an army of Spaniards and indigenous settlers, industry earnestly began to build Mazatlán in the mid 1800s. It is Mexico's largest port and one of the west coast's largest sea ports behind only Los Angeles and the Panama Canal.

While Americans have been discovering the charm of Mazatlán in recent decades, it has long been a popular vacation spot for Mexicans.

Today, there are at least four general areas of Mazatlán: 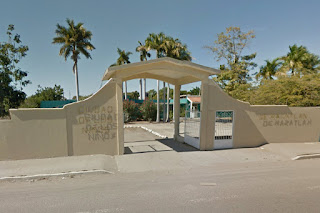 It's "everywhere else" that leads me to my focus in this post. Like the rest of Mexico, poverty is a major problem. About 42% of the population live below the national poverty line. There are few safety nets within Mexico's economy. Lack of funding and lack of social programs for the poor also negatively impact the orphan population of roughly 1.5 million children. Orphanages in Mexico run largely on the good will of strangers and private organizations.

There are five orphanages in Mazatlán. My wife's cousin, Claudia, volunteers at one of them: Ciudad de los Niños (City of Children). The orphanage was founded in 1970 by Padre Lucas Carvajal Lopez (who, two years earlier, had also founded a Catholic order of nuns called "The Institute of Missionary Sisters of the Christ Child"). The Father died in 1985 and the nuns (12 of them) continue to run the orphanage to this day. 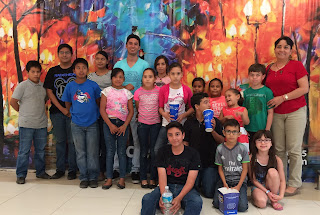 Currently there are about 40 residents at the orphanage. Most are under the age of 18, but a handful are adults with special needs who likely will never live on their own. The orphanage's creed is "To provide protection for orphans, the needy, the homeless, the abandoned and the poor." So it's not "18 and out". In fact, some of the older residents work full time (and contribute back to the orphanage) or attend college (or both). You can sense here that the purpose isn't about just feeding and clothing orphans, it's about helping people not only to survive but to thrive.

On Father's Day, we went to see "Alice: Through the Looking Glass" with 14 of the kids. Later on we went to Walmart and bought some cleaning supplies for the orphanage based on their most current needs.

While we were there, we were trying to think of ways we could help them throughout the year. So we set up an Amazon.com.mx account with the intent to buy things on Amazon Mexico and have them ship directly to the orphanage. So here's the plan...going forward, a portion of the book sales and a portion of the Swagbucks earnings will go towards shipping supplies to the orphanage. 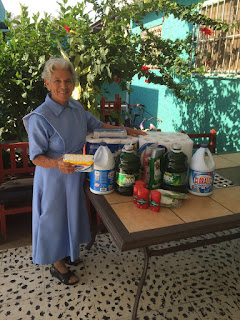 If you prefer to make a tax deductible cash donation to a charity that helps this orphanage along with the orphanages in Mazatlán, please check out the Tres Islas Orphanage Fund. Please note: I am not affiliated with them, nor can I vouch for them. I reached out to them about a week ago and haven't heard back yet. I'll update the post if I do. From what I see on their website, it looks like they've been doing a lot of good work for about 30 years. You can also learn more about the orphanages and their needs on their website.

What we've shipped to the orphanage: 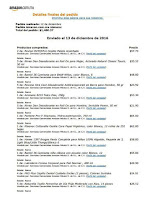 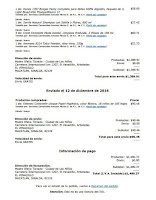 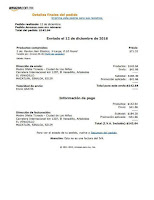