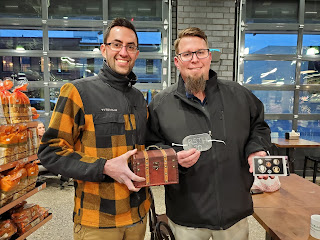 Congratulations to Josh and Tim - winners of The GRRiddler 2020! They solved the riddle, deciphered the clues and retrieved the medallion!! My family and I met up with them at Bridge Street Market and did the exchange. The hunt is officially over! Well done guys! My first hunt as The GRRiddler was an homage not only to Joe Cramer (The Wyoming Riddler) but to another legendary treasure hunt called The Golden Apple Tale. The solution to this riddle, in fact, was pretty much in the same location as my proposed solution to that legendary treasure hunt. 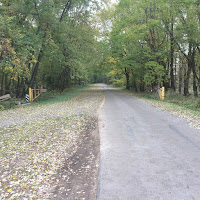 And now for the answer...

Here's the riddle with a short explanation in parentheses.

When you've found this wonderful town, (Grandville)
you'll need to go one by one.  (M11/28th Street)
As the sun goes down, (Go West)
be among the first (Native American/Indian)
and keep your head up. (Go North)
That's it. (Stop)
Ok? (Right) 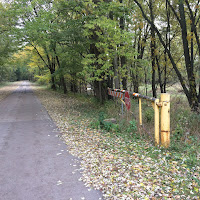 A more detailed explanation:
You start in Grandville (wonderful town), get on M11/28th Street (one by one) and head west (as the sun goes down). Find a road with a name related to Native Americans (the first) - Indian Mounds Drive. Go north (head up) and find a stop sign (that's it = stop). There are two. Choose the one on the right (ok? = right).

December's Clue:
Don't feel like a nut. Just go for a drive. That's it. Ok? 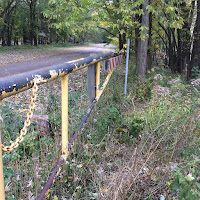 I referenced the old commercial: Sometimes you feel like a nut. Sometimes you don't. Almond Joy's got nuts. Mounds don't. This was to confirm that Indian Mounds Dr. was the correct road. And I was re-iterating the importance of  the "That's it. Ok?" clue to get you to the precise location.


It's off to the side, unless it's not. Then it might be in front of you. Either way, it's on the other side. 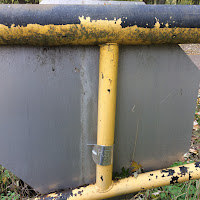 Indian Mounds Dr. has a gate to close off the road when there's flooding or otherwise. So, sometimes it's off to the side. Sometimes it's in front of you. The medallion was zip tied to the gate directly behind the stop sign (on the other side). There are two stop signs. It was behind the one on the right.